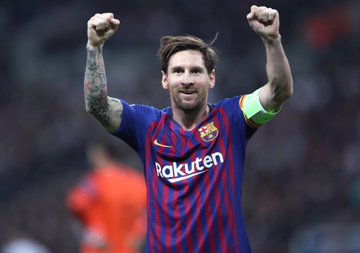 Topscorers la liga has been announced after Atletico Madrid was announced the winner of the league for the season. Messi became the top scorer again after he notched 30 goals for the season. The best player in the league continued his fine form but failed to score against Eibar, with Griezmann coming to the rescue in the 81st Minute.

The next person on the list is Karim Benzema. His goals had been the only thing Real Madrid had been relying on since the beginning of the season, but he could not give them any trophy this season, making Zidane’s season end without a single trophy. He scored 23 goals in the league.

The third player is Moreno. The striker had a very interesting season, scoring 23 goals for Villarreal but could not get the team to European football after the club lost to Real Madrid in the final game of the season.

Luiz Suarez was rejected by Barcelona and accepted by Atletico Madrid, who repaid them back with a trophy at the end of the season, showing that Barcelona is missing the best striker in the league. He scored 2 winning goals this season, which is extremely vital to the club. The striker scored 21 goals in the league.