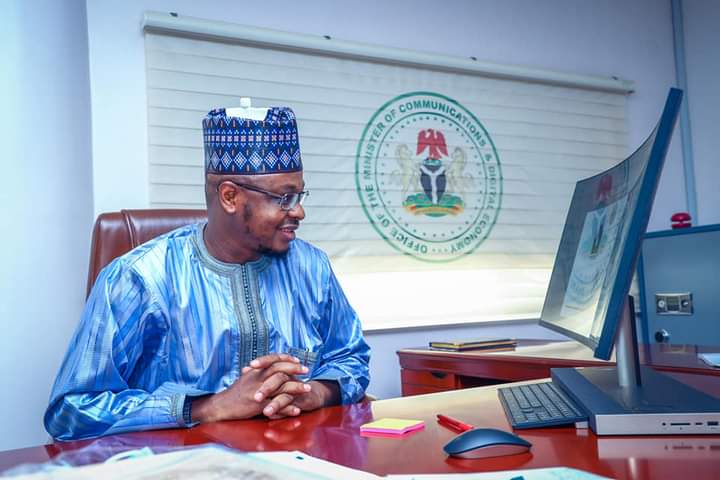 IMEI is an international mobile equipment identity and it is also the 15 Security Number at the back of the Phone. it is not more a news that the Nigeria communication commission will start demanding IMEI from people and many have reacted to the news because IMEI can be used to monitor people’s calls.

NCC as directed by the Minister Of Information Isa Pantanmi gave an order earlier this year that Nigerians should register for NIN and made it compulsory to an extent that it has been rumoured that it is likely to replace BVN. NCC had stated the reason for this stating, that it will be to reduce phone theft and also to increase National Security, to reduce the rate of kidnapping.

Nigerians who reacted to the latest news believed that the IMEI should be used to track down bandits, Fulani Herdsmen and some other groups causing havoc in the country, most especially in the northern state.

@Segalink This madness ends here. It is actually lawful to disregard an unconscionable order that breaches the constitutionally protected rights and privacy of the citizenry. The alleged demand for citizens’ IMEI is an overreach that must be resisted by all and sundry.

@firstladyship NCC said Nigerians must submit their phone IMEI from July, & it’s mandatory. Obadiah Mailafia already told us. “they will move to Phase 2 by 2022.” With your phone IMEI, they will track your whereabouts. And Isa Pantami has access to your NIN-SIM Registration information.\

@Sirwilliams People who can’t find Shekau want me to give my IMEI to someone who pledged allegiance to Al-Qaeda. Lmao, jokers.

@iamseunalafin We did NIN, we did BVN, now they want us to drop our phone’s IMEI number. Very soon they would tell us to put Buhari portrait in our homes for one reason we don’t know yet. At this stage, anyone that believes in this government needs Bigi Apple to get their senses back!!

The NCC has come out to deny the story starting, they are demanding for IMEI from people

WESTERNEWS -Politics -IMEI: Nigerians React To The Collection Of IMEI That Will Kick-Off On July 1